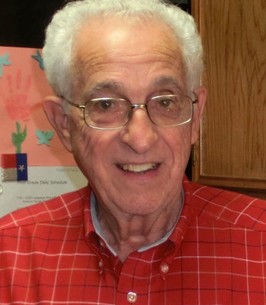 Born to James Harvey & Artie Ellen Barker at home in Belton, Texas. In 1939 the family expanded, with the birth of Bill's sister, Neta. As a young boy the family moved to a farm in Holland, Texas, before eventually moving to Austin, Texas. It was here that Bill attended Fulmore Middle School where he joined the band and learned to play drums. During his time at Austin High School he worked his way up to 1st chair on the drum line. His love of music kept him involved in band after graduation, and on a band trip he met Mildred, his future wife of 71 years. They married on November 25th 1950.

Bill began his career at Abel Stationers on Congress Avenue working there for 18 years and becoming their General Manager. Over the years Bill and Mildred welcomed 4 wonderful children. To support his growing family he held 3 jobs, including playing drums for several different Jazz bands on the weekends and painting signs for the weekly specials at a nearby grocery store. In August 1969 Bill and Mildred opened their family business, Barker Office Furniture, which they ran side-by-side for 30 years (Aug 1969 to Aug 1999). From 1999 to 2009 Bill and son Clyde owned and operated The Chairman, selling and distributing ergonomic office seating. Outside of work, Bill continued to nourish his love of jazz music and adding a new passion, learning to fly and becoming a pilot in 1973. He and Mildred enjoyed traveling, making many memories on trips to new places. After retiring Bill kept in contact with longtime friends he'd met over the years, stopping by to say hello. He was a devoted Christian and longtime member of Brentwood Oaks Church of Christ.

Bill is preceded in death by his beautiful wife Mildred, their son Larry Barker, daughter-in-law Patty and grandson John Barker.

Thank you to the Brentwood Oaks Church of Christ family for the kindness and prayers. Our deepest gratitude to Rainier Hospice; Dan & Gracie we are so thankful for you.